Clint Haycraft began his musical journey at the age of 9 when he began playing the clarinet in the St. Margaret’s Episcopal School church services and pep band. By age 11, he had traded in his clarinet for the guitar, and began playing and singing in rock bands with his fellow students. By age 13, he was recording and performing his own songs, and continued to do so throughout high school. While studying Literature at the University of California, San Diego, Clint dis 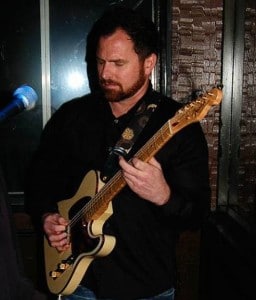 While living in Buffalo, NY, Clint Haycraft played in various bands with local musicians. Most notable of these was Citizen Dan, which covered exclusively Steely Dan material, including the album Aja in its entirety. Clint then joined the band High Horse, adding keyboards, lead and rhythm guitar, and vocals. High horse was awarded the Buffalo Nightlife Magazine Music Award for “Best Niagara Falls Band” in 2011, 2012, 2013 and 2014, and voted “Best Adult Contemporary Band” in the Western New York Music Awards in 2013.
Clint has privately taught guitar since 1999 and piano since 2010. In 2011, he began teaching music theory and music appreciation at the undergraduate level as a teaching assistant at the University at Buffalo and then in 2013 as an adjunct professor at Trocaire College. He has experimented with progressive teaching techniques with great success, and feels that the traditional way music is taught leaves much room for improvement. Clint‘s extensive knowledge of music theory, composition, and technology coupled with his passion for rock music allows him to offer students a holistic perspective on creating music, always with the intent of nurturing their creative spark.