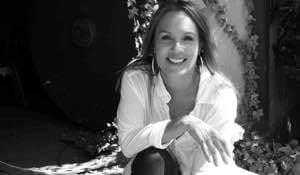 Chariya has been a creative arts director for over 30 years working within non-profit organizations as well as corporate environments using creativity to produce events, communicate, teach varied topics, problem solve, market, team build and increase personal and corporate standards of excellence and productivity.

As a coach and teacher in the Arts, she has instructed and directed talent to careers in: Recording and Touring, Broadway, Television-Film, and Comedy.

An associate of famed vocal teacher Seth Riggs, Chariya specializes in vocal therapy, restoration and performance endurance.  Her singer/musician performance credits include: Elton John, Rick Springfield, Yoland Adams, and being one of Disney International’s original Pocahontas. . Her commercial and voiceover accounts include The Disney Corporate, American Airlines, Kodak, Burger King, and Jaguar where her jingle was used for several winter campaigns.  Her producer/director credits include large-scale live to radio musical festivals for Easter at the Verizon Amphitheater and Anaheim Honda Center.  An abstract artist, Chariya’s paintings are commissioned to raise money for charities and social causes through events that allow resources to have immediate impact on the community.  She is an author in multiple writing mediums: The Journal of NE, Love Changes Everything, and Blog 2 Brain to name a few as well as 3 CDs written for inspirational audiences.  Percentages of all proceeds go to her philanthropic ventures.

Chariya’s public speaking engagements encompass a variety of audiences including: corporations, women’s groups, sports teams, non-profit and and religious organizations, prisons, and gang intervention.  Audiences receive tools that immediately impact personal pursuits, professional bandwidth and effectiveness.  Chariya is “high energy,” entertaining, motivational and inspirational as she instructs through personal testimony, humor and encouragement the importance of developing the very best of one’s skills while living with a purpose and destiny.