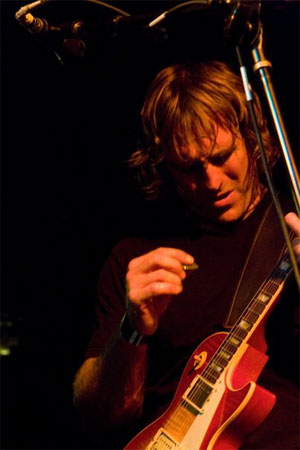 Tyler Marolf started piano lessons at the young age of 7. He took lessons for five years, much like many children do. But when he was 12, everything changed. He received his first bass guitar as a gift from his parents. Hearing a band practicing nearby, Tyler approached the house and asked if he could play bass with them. He was met by two musicians, Dan and John Cardoza. They accepted Tyler into their musical world and continued to mentor him as a musician for many years. His love of music and playing with others in a band was solidified at that moment. Throughout school and a career in the finance industry, Tyler knew he would end up coming back to music.

Tyler was exposed to many styles and instruments during this period of mentorship. He picked up the guitar at 15 and started singing at 16. Several years later, he took up drums. His free time was filled with music and jamming with the brothers and his peers. After many years in a corporate job, Tyler decided to come back to his musical roots and teach others as his mentors had done with him so many years before. After beginning to tutor students in 2007, Tyler realized he wanted to return to performing as well. He started the band The In Between. With Tyler fronting the band on vocals and lead guitar, he set out to mak
e the band a success. 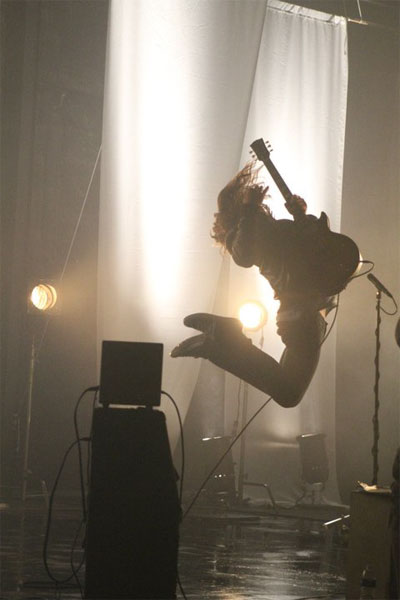 In 2009, Tyler and The In Between produced their self-titled album. Shortly after, their music was featured on The Beast, an A&E show starring Patrick Swayze. In the winter of 2010, The In Between competed against unsigned bands from throughout the United States to win a $25,000 prize to make a professional music video. The online contest was sponsored by Antiquiet.com and The Rock It Out! blog, and was funded by Scion. The video for their winning song, Gateway, was released to over one thousand music websites. Their video debut showcases the band’s strong performance abilities as well as their commitment to make sincere emotional connections with their audience. The band is currently working on its 2nd album.

While Tyler’s band was gaining momentum, so was his student enrollment. He had started teaching students in his cozy, historic Los Rios cottage. Soon, Los Rios Rock School was thriving, and Tyler knew he had to move his growing student body into a full-time facility. In 2012, Tyler opened Los Rios Rock School with a lively grand-opening ceremony and concert by dozens of his students. The new school boasts nearly 3,000 square feet of state of the art performance rooms and professional music equipment. Los Rios Rock School provides opportunities for their students to collaborate and perform in groups, in addition to learning in a private lesson format.

During his journey, Tyler discovered his love of working with kids. He enjoys working with his advanced students as well as ones just learning to play. He remembers how he was given a chance to learn from others and wants to give back to the community. As a result, Tyler believes music should be experienced by all. Because of the profound affect music can have on Autistic children, Los Rios Rock School has established one of the only Orange County Music programs of this kind. The program consists of one on one instruction and is tailored to each child’s unique learning needs.

Tyler plans to teach students more than how to play their instruments and be in a band. He has another dream that was realized when Los Rios Rock School completed development of a full recording studio. Now, the kids and instructors can work together to record, mix, master, and produce their own music in a professional recording studio. Tyler Marolf and Los Rios Rock School provide a truly unique music learning experience for the local community.

You can hear Tyler’s music on Spotify

In 2015 Tyler partnered with Chris Bates to create TeacherZone.com. The vision to reach more kids with the power of music globally had now become reality. TeacherZone is a powerful Social Learning and business Management Software that helps teachers and School owners around the world manage their business’ and keep their students engaged with music learning even when away from their instructors. Along with their podcast, The Teacher Zone with Chris and Tyler, they now inspire teachers and schools around the world with new growth and creative ideas for their lesson programs.   Check out tzpodcast.com